Me, Jenny and Smokin’ Joe

One of the best things about being a photojournalist is having the opportunity to meet people from all walks of life. From the everyday working stiff to the rich and famous.

Back in October  2006 I was planning on attending the NPPA’s Flying Short Course in Philadelphia. A few days before I was to leave I was in our managing editor’s office to ask a question and he looked up from his computer as I walked in and said, “Do you know Joe Frazier is almost broke and living above his gym in Philadelphia?”

Well I did not and he went on to tell me that there was a story in that day’s New York Times detailing Frazier’s career and current situation. Of course my mind is racing trying to think of how I can make a side trip during the short course to visit the gym and maybe get a chance to make some images of the legend.

So on the first day of the short course I had some time and made the short walk to the gym from where we where staying. I wandered in to the gym and found that it was empty except for a few guys working out and Joe’s son Marvis watching two boxers spar. When Marvis got a break I approached him and told him who I was  and that I has hoping to do a story and photos. He could not have been more pleasant and agreeable.

He said his father was not there but he was expecting him at any time. So I humg out a bit and when Joe arrived, Marvis introduced me. Joe agreed we could get together the next afternoon so Jenny could interview him and I could photograph him during his daily workout.

We showed up the next day and when Joe arrived he was outgoing and gracious. We went upstairs to his office and Jenny interviewed him as he sat on his couch underneath a Life Magazine poster of a cover shot of Joe and  Ali.

We spent about an hour and a half with Joe and Marvis. Jenny got what she needed for a short story and I got the photos and a lesson on the speed bag with Marvis. (There are photos of this that need not ever be seen.)

As we were about to leave, Joe insisted that Marvis take a photo of him with Jenny and I so we could have something for the scrapbook. 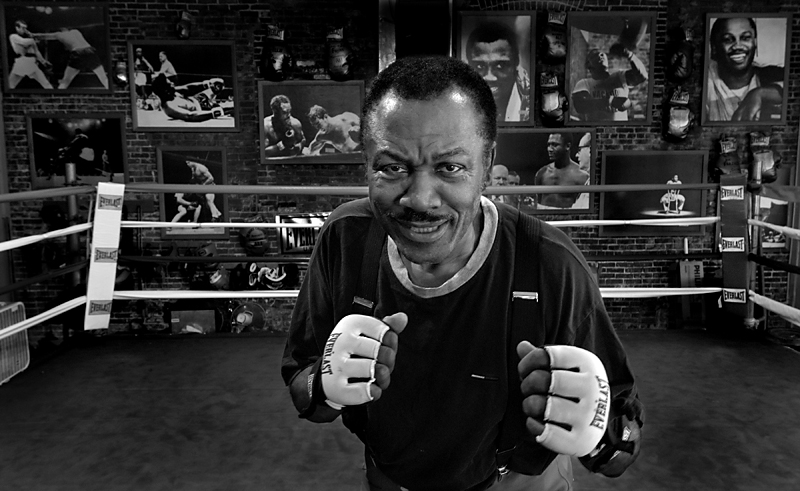 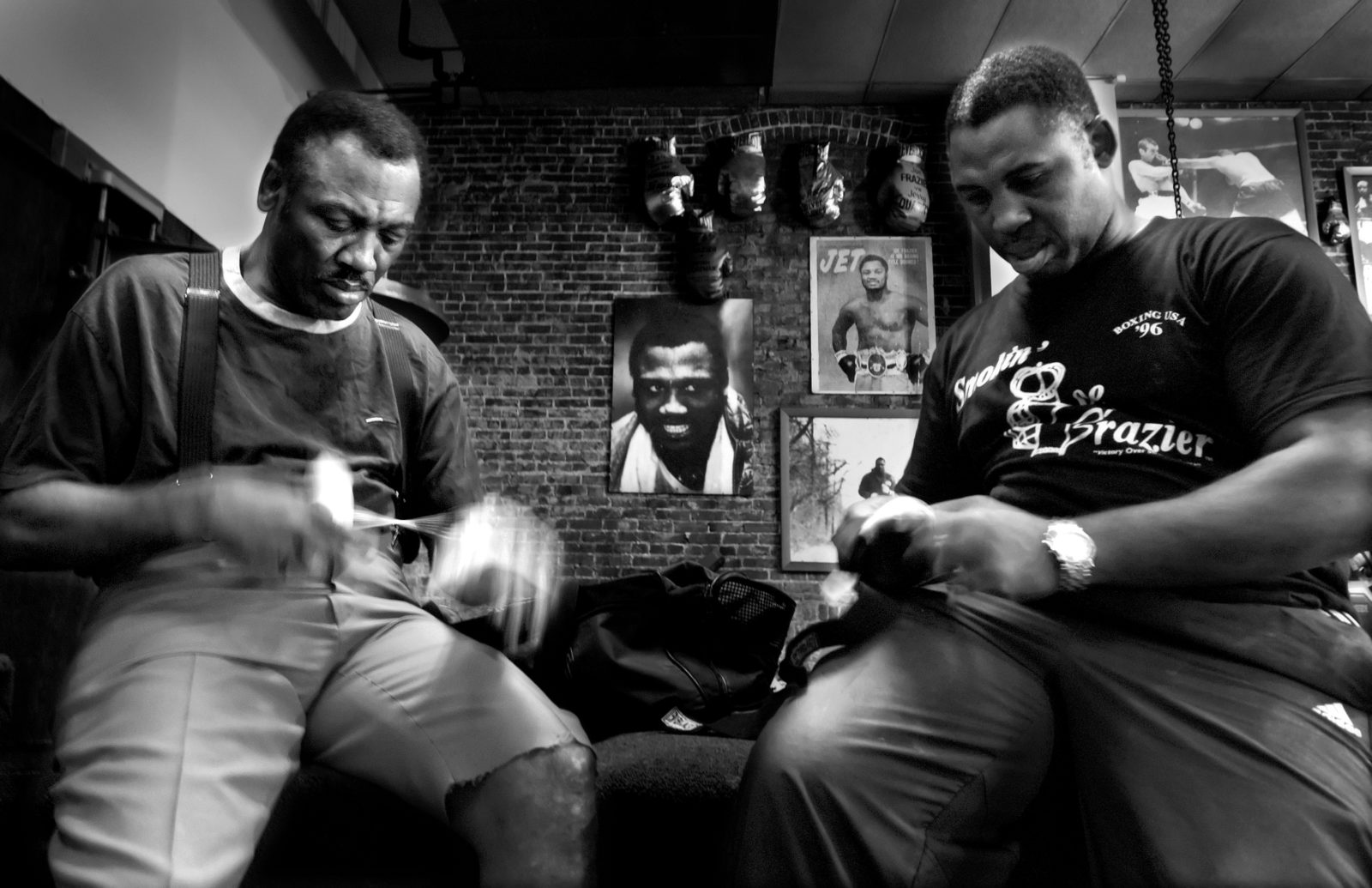 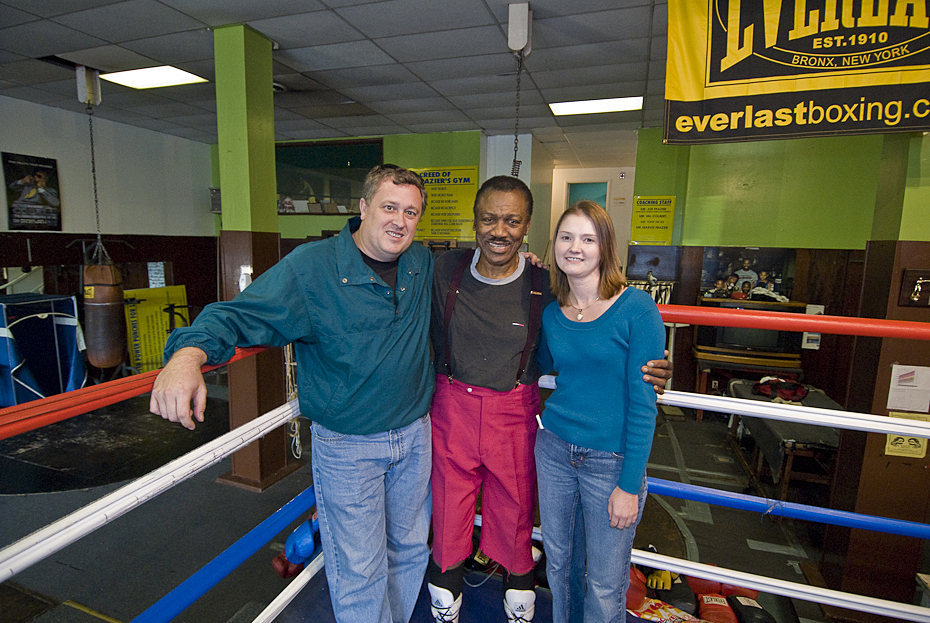