I managed to catch a pretty choice assignment for inauguration day 2021. I was contracted by the New York Times to travel with President Trump and First Lady Melania Trump on Air Force One to Palm Beach Florida.

I did have to get up pretty early to get to the White House for a 5:00 a.m. mandatory COVID test so we could make the trip to Joint Base Andrews at 6:00 a.m.

Trump was scheduled to leave the White House for the last time as President at about 8:00. He would travel to Joint Base Andrews where he would hold a small rally of supporters before boarding AF1 for his final flight as President.

Trump arrived and held Melania’s hand as they walked from Marine One toward a gathering about about 200 supporters on the tarmac. Family members had already arrived and the crowd cheered enthusiastically as the couple came closer.

He spoke for about 15 or 20 minutes and then waved goodbye as they made they way to AF1. The large group of family members boarded after them and soon we were on the way to Palm Beach, Florida.

Air Force One landed in Palm Beach a little before 11 a.m. Trump would only be President for about another hour as they disembarked and the motorcade departed for Mar-a-Lago, his private club in Florida.

A few thousand supporters lined the roadway for the short drive from the airport, over the intercostal waterway and to the gates of the club. As usual, the press vans peeled off from the motorcade as it entered the club, and we parked in a nearby lot as the final minutes of the Trump Presidency ticked away.

Even though he would not officially be President until noon, Joseph Robinette Biden was sworn in as the 46th President of the United States a few minutes early at 11:48 a.m.

At that time, I was done for the day with the exception of some final editing and filing. I had never traveled with the President and had the assignment end suddenly without returning to Washington, DC on Air Force One. It was a bit strange.

I got a hotel, finished filing and took a big nap.

Flew back commercial the next day. Weird. 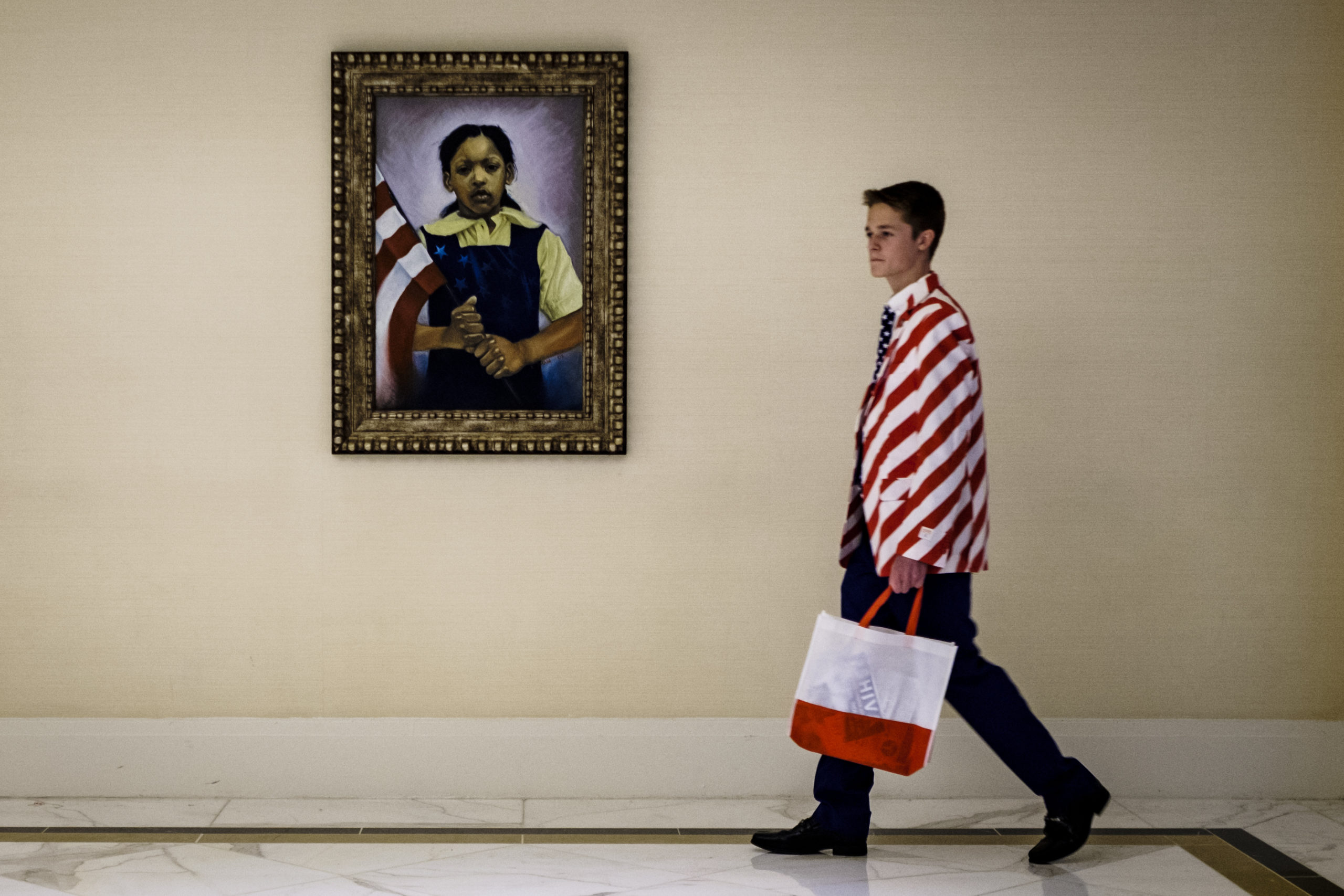