In a previous post I wrote about saving everything you shoot and referred to the famous Dirck Halstead Monica Lesson: THE MONICA LESSON – Editorial by Dirck Halstead.

Dirck was working for TIME Magazine when the news about President Clinton and Monica Lewinski broke. When he saw her photo he felt he had seen that face with the President before. So he hired a researcher to go through some 5000 images and after four days of searching on a light table, she found one image from a fund-raiser event.

To make a long story short (you can read the the whole story at the link above), the image eventually ran on the cover of TIME and in newspapers around the world.

When the story of the General Petraeus/Paula Broadwell affair broke, I did not have the same deja-vu moment that Dirck did. But while watching the news one evening, I heard a reporter say that Broadwell had been at the Petraeus confirmation hearing and was sitting just a few seats down from the General’s wife.

I covered that hearing.

I wondered if I had her in any of my frames so I when upstairs to check the archives. It is a bit easier when you know what you are looking for and since everything is digital now it makes it even faster. As I went though the take from the hearings I came across a wide shot that showed the General and Broadwell, but she was at the end of the frame and almost cut off. But as soon as I saw her, then it clicked. I remembered the long legs  and how she stood out from the military men surrounding her. Sure enough, a few frames later there was one photo of her in the front rown.

So I captioned the two images and sent them in to ZUMA Press and then made a point to alert the sales staff.

But then I got the email from ZUMA saying that I got the cover of People Magazine and all I could think is that once again the rule is right, NEVER DELETE ANYTHING.

I mean lets be fair. The only reason I shot the image in the first place was because there was a lady in the front row with long legs that just really stood out from the group she was sitting with. I had no idea who she was and I easily could have just trashed the image while editing.

What would I ever need that picture for? 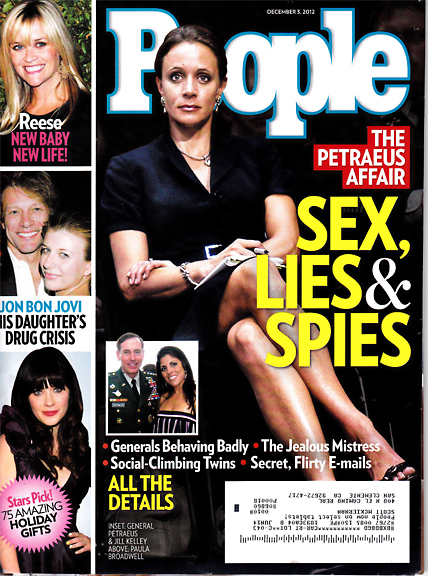