In honor of Veterans Day I am updating and reposting this collection of images that I have taken over the past several years. 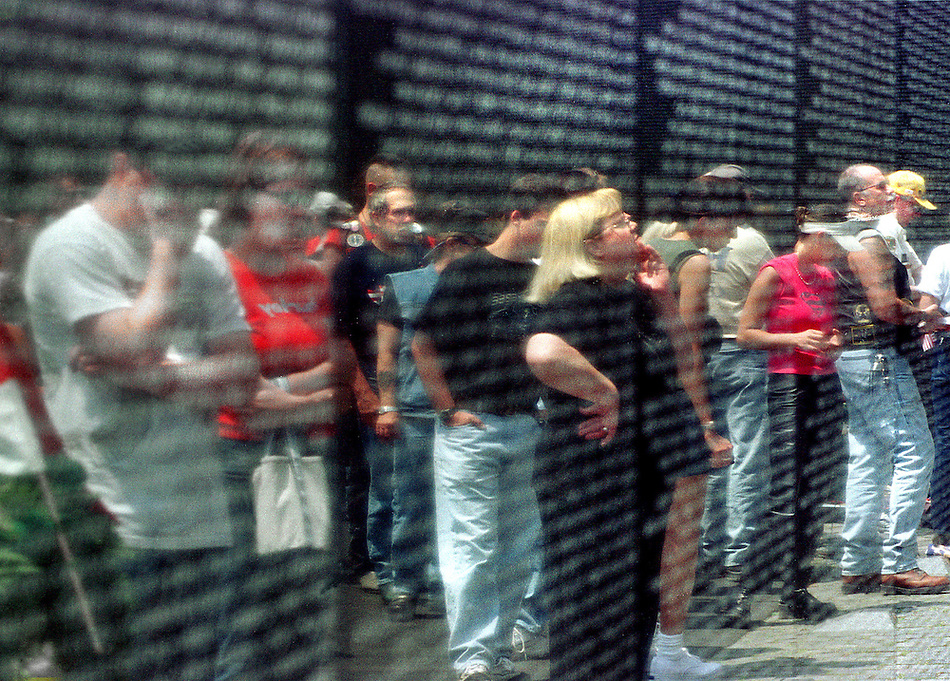 Visitors at the Vietnam War Memorial. 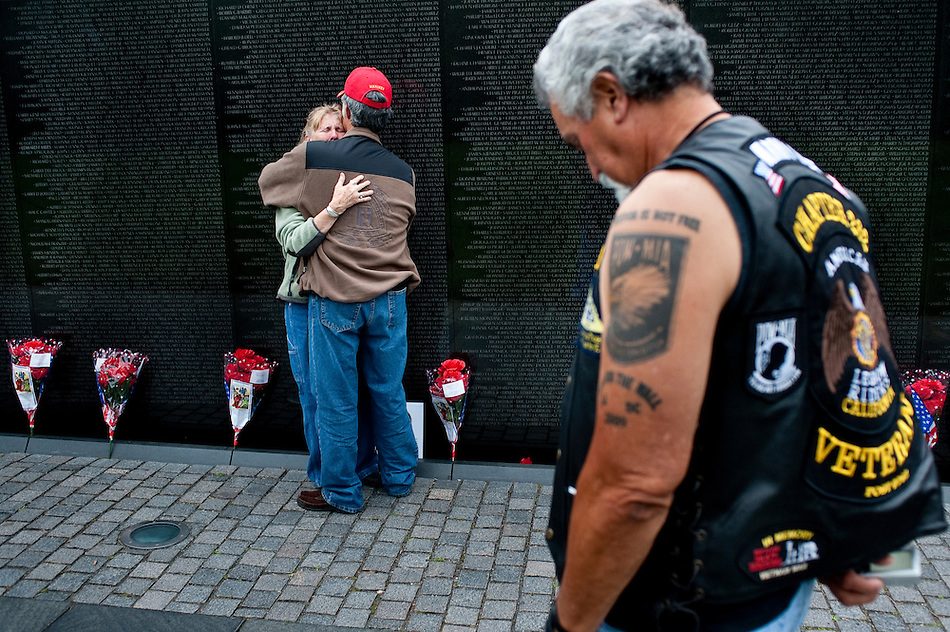 A honor guard removes the casket of Esau Patterson Jr. at the family cemetery in Ridgeland, SC. Patterson died in Baghdad, Iraq, when a vehicle approached his unit and the driver detonated a bomb. He was assigned to 4th Battalion, 27th Field Artillery Regiment, 1st Armored Division, Baumholder, Germany. Died on April 29, 2004. The widow and children of Esau Patterson Jr. after receiving the flag that covered his casket during gravesite services in Ridgeland, SC. A Marine honor guard holds the flag that covered the casket of a soldier during funeral services at Arlington National Cemetery. Amanda Lamb, 21, sits in front of a headstone in Section 60 of Arlington National Cemetery on Memorial Day weekend. The stone marks the grave of her best friend, U.S. Army Spc. Justin Allan Rollins, a member of the 82nd Airborne.Rollins, 22, died on March 5, 2007, when an improvised explosive device detonated near his convoy in Samarra, Iraq. Navy Capt. Nicholas Sabalos served in the military for 28 years. When he died nearly three years ago of liver cancer at age 74, he was buried on a hillside in Arlington National Cemetery.Since her husband’s death, Dolores Sabalos has made a habit of visiting his grave every Saturday. While she sits at her husband’s side, Mrs. Sabalos says, she tells him what she did that week and how the family is doing. Charles J. Smith stood in the same spot in front of the Vietnam Veterans Memorial for more than an hour.Wearing a green army jacket and holding a framed photograph behind his back, Smith bowed his head and stared at a name inscribed on the granite monument. The name was that of a friend, James E. Pierce. Two veterans of the Vietnam war comfort a comrade during his visit to the Vietnam Veteran's Memorial in Washington, D.C. A late night visitor to the Vietnam Veteran's Memorial over Memorial Day weekend.