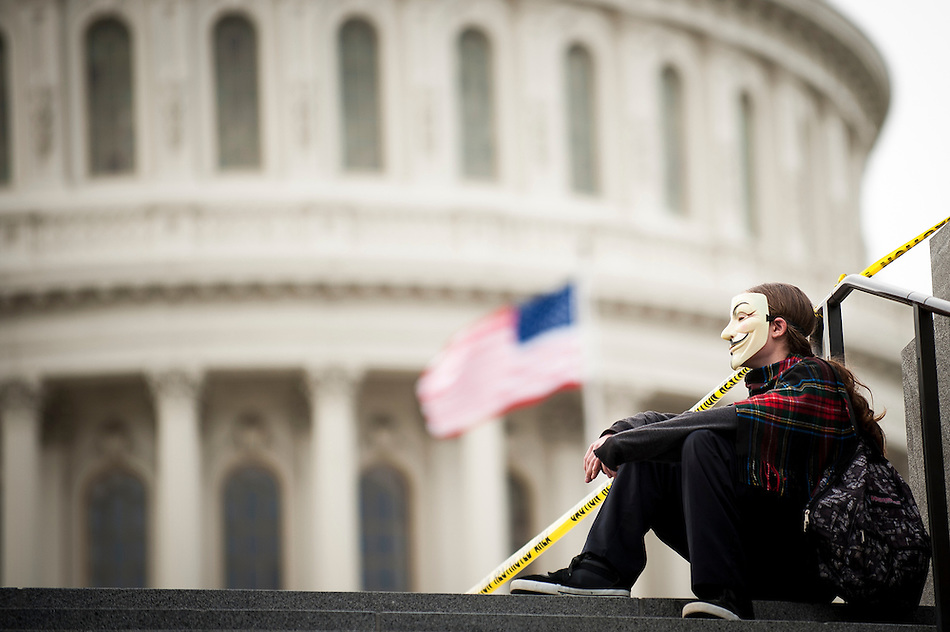 Demonstrators and supporters of the group Anonymous march in front of the U.S. Capitol in Washington, D.C. in protest against corrupt governments and corporations as part of a Million Mask March of similar rallies around the world on Guy Fawkes Day. (Pete Marovich/Corbis)

Now I am a sucker for a good protest or march. Unfortunately this was not one. 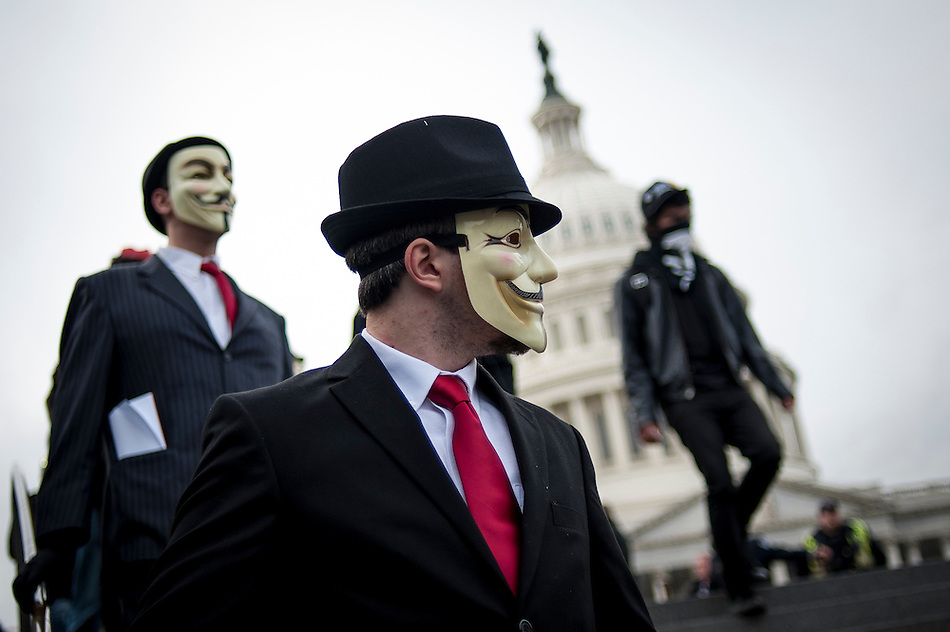 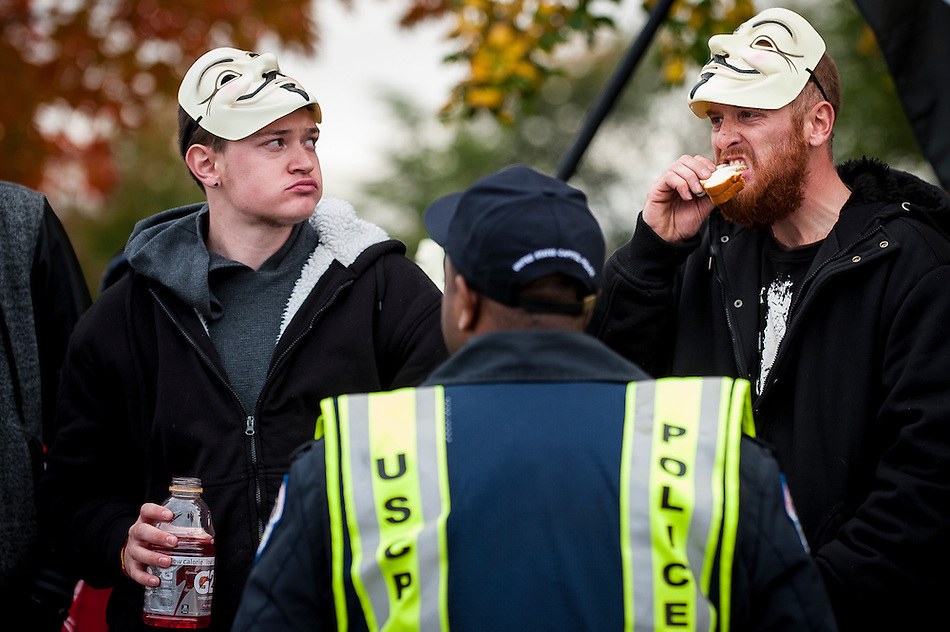 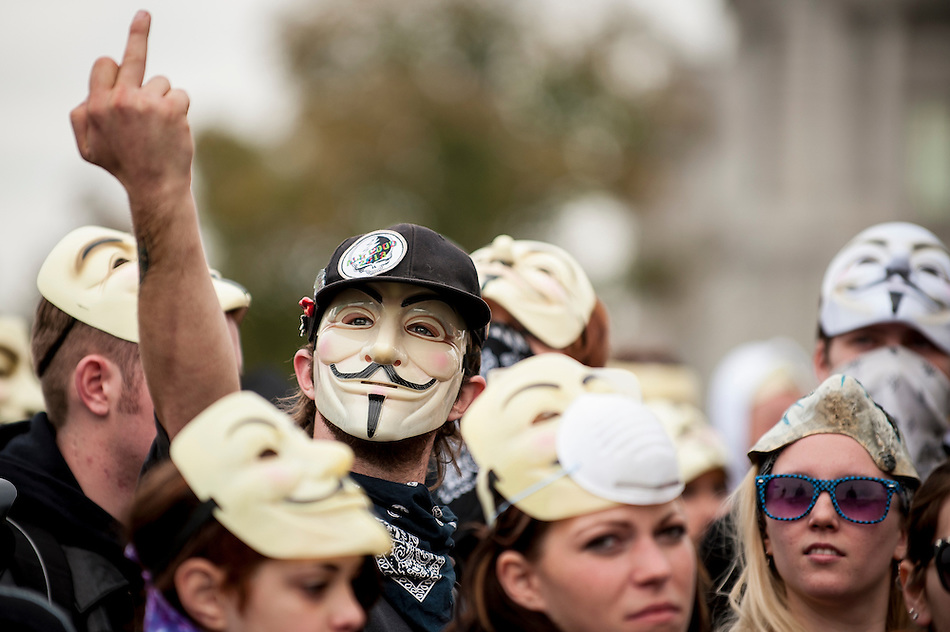